Pokemon Sword and Shield haven’t been out for a year yet, and people are loving it. Despite some criticisms, the games are good in their own right. Anyway, that also leads to players finding some nice cheats and a couple of tricks to the game.

There aren’t any more of those cheat codes that you can input to get unlimited Rare Candies and other cheats. Don’t worry, as there are some good hints and tricks that you can use.

That’s where are some Pokemon Sword and Shield cheats, tips, hints, and tricks that you can use when you’re playing the game.

The Mystery Gift Codes are nice incentives from Nintendo. They give out a batch of codes from the Ball Guy. The Ball Guy appears at every stadium where you talk to him and he gives you items.

One other thing is that the Codes can expire so you can’t claim the old ones, but the newer ones are available.

Here is how you can claim the codes after you have them already.

The only way to get the other starters is to trade them from other players. However, some players won’t be willing to trade off their starters. This is one of those Pokemon Sword and Shield cheats that you need a code for but this method works.

You can use this little strategy to get them. You need to know two other people to have two of the other different starters that you didn’t have.

Trade the starter and let it breed. Once the eggs hatch, you can potentially have all three starters in no time.

Eevee can be traded from the Let’s Go Pikachu or Eevee games. Much like Pikachu, you can also capture an Eevee in Route 4 but it can be rare as hell to get. You also need to be careful in capturing Eevee in the process.

In evolving Eevee, you can use the respective Evolution Stones to evolve Flareon, Vaporeon, Jolteon, Glaceon, and Lefeon. Eevee can be evolved into Umbreon at night and Espeon during the day when it has 160 Happiness and it levels up.

Sylveon can be evolved with 160 Happiness and teaching it a Fairy-type move.

When you want to get Charmander can be easy. Once you beat the game and the credits roll, you’ll be back in your room.

Head outside and go to Hop’s house, go upstairs and head to the room on the right. You’ll find a Poke Ball on the floor and that’s where you’ll get Charmander.

You can get Pikachu by trading it from Let’s Go Eevee or Pikachu. However, there is a way to get it without trading. Go to Route 4 and find the yellow grasses where Pikachu will pop up.

It is very rare so you need to make sure to catch it when you can. It is advisable to use Normal-type moves to ensure that it doesn’t get killed right away.

One area you can get a Ditto with Max IV stats is in the Lake of Outrage. You need to finish the game first before you can catch such a Ditto. The encounter rate can be around 2% to 10% and you may not even get a Max IV Ditto.

Don’t worry as there is another method, and that’s by doing Max Raids. To find a Max IV Ditto in Max Raids, head to the northern area of the Nursery. You’ll find an area called the Stony Wilderness.

Head to the eastern border wall and you’ll find grass with a Raid Den behind it. Just do the Raid and you can get a Ditto with Max IV stats. Use that Ditto and start breeding it away.

There are four kinds of Dinosaur Fossil you can get in the game. Having the right combinations can give you the Pokemon you want.

The game gives you eight Pokemon storage boxes where you can store up to 30 Pokemon each. A neat trick you can do is store one Pokemon in the eight storage boxes.

After some time, a few more extra storage boxes will open up. Keep doing this until all 31 storage boxes are unlocked permanently.

You need to have a Gigantamax Meowth first to pull off this trick.

The regular Meowth can have a move called Pay Day When you use Gigantamax Meowth, it has a move called G-Max Gold Rush. The move can confuse the enemy Pokemon and reward the player with money by 100 times the level of the Meowth.

Let’s say your Meowth is level 50 and using G-Max Gold Rush once will give you 5,000 money after the battle.

The key here is that you need to equip either the Amulet Coin or Luck Incense. These items can increase the money you can make even further later on.

Just remember that in each battle you can only get a max of 99,999 money if you can do so. Take your Meowth in battle and turn it into a Gigantamax Meowth and you can start farming money with ease.

You would probably be worrying about where to farm EXP or experience later on. A good player can just progress with the game, as their Pokemon can scale to the level where the story currently is.

However, if you really want to grind EXP, then the best place to do it is through Max Raids. Doing Max Raids can be tough when you’re not prepared but you can play with others so it is easier instead of doing it on your own.

Solo Raids can still be done, but the Max Raids are the ones that can net you a lot of EXP rewards.

While the Raid itself won’t give your Pokemon experience, the rewards can be a ton of Rare Candies. This can make it even better because you can bring a Legendary or high-level Pokemon to win the Raids.

Then, give out the Rare Candies and EXP rewards to the weak Pokemon that you can’t take to the Raids. Even if you use the same Pokemon to do these raids, it can be easy for you to grind and farm some EXP.

There are three Charms in the game that can be very helpful and can be used for the later tricks. We’ll start first with the Oval Charm where you need to beat the game first and become the Champion. Go to the second floor of Hotel Ionia in Circhester.

Find the NPC Morimoto where you will need to beat him. He’ll give you the Oval Charm which can be useful for your breeding needs because it increases the chance of the Pokemon laying an egg.

The second one is the Catching Charm located on the second floor of Hotel Iona. You can get it from the game director in the left area of the room.

The Catching Charm can increase the chance of critical catches, which can be useful when you want to catch Pokemon that are very elusive.

The last one is the Shiny Charm which you can get from the same NPC where you got the Catching Charm. This one requires you to get all 400 Pokemon from the Galarian Pokedex.

It is trickier and harder, but something that can be helpful as it increases your chance to encounter Shiny Pokemon.

If you read the Charms for You guide, you can use the Shiny Charm to increase your rate of encountering Shiny Pokemon. There is another added method that you can do where you can encounter the same type of Pokemon repeatedly.

Let’s say that you want to encounter a Shiny Rookidee, you can keep encountering a Rookidee until a Shiny one pops up.

Using the Shiny Charm and recurring encounters can boost the rate of encountering a Shiny version of that Pokemon.

These are some of the most reliable Pokemon Sword and Shield cheats, tips, hints, and tricks that you can use when playing the games. They take a bit of tweaking and a little bit of getting used to.

It wasn’t as convenient as it was back then where you just input a code and everything will be all right. 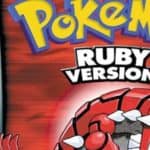