Many people love Pokemon fan-made games, and also Pokemon ROM hacks. Nintendo can’t pump out a lot of Pokemon games every year. The quality would suffer, and the value of Pokemon would diminish. That’s where these fan-made games and ROM hacks come in to quench the thirst of people that love playing Pokemon.

There are plenty of equivalent Pokemon games out there, but the listed games are what we recommend the most. Though this is not the official list of all Pokemon fan made games, we welcome recommendations.

Feel free to suggest a good fan made pokemon game and drop your message in the comment form below.

How to Play Fan Made Pokemon Games on Android Devices

Not only a Pokemon can evolve but also the technology. Technology is evolving so fast that players can now play most of these fan made Pokemon games listed above in the convenience of their Android mobile devices. You heard it right!, though not all of these games, sooner or later, it’ll become possible. Thanks to JoiPlay and the people behind the development of this excellent android app.

(Thanks to Jason for providing this valuable information)

Installation is pretty self-explanatory, with promising experience on Android devices with better specs. These are heavy games; that’s why enough storage capacity and a higher specification device are needed for a smoother gaming experience. Follow our in-depth guide on how to play RPG Maker XP Games on Android.

The Difference Between Fan Made Pokemon Games and Pokemon ROM Hacks

Pokemon fan made games, as the name suggests, are created by fans. This uses the concept of Pokemon, but the game could be entirely different with plenty of twists. The game may not be like the traditional Pokemon games, but they have Pokemon in there. They use various programs like RPG Maker XP and Pokemon Essentials to create the game.

At these current days, RPG Maker XP games are only playable on Windows PC in .exe file format, but hopefully soon, they will make it available for mobile users. (Fan made Pokemon games can be played on Android using the app Joiplay)

You could say that it cuts the creator’s job in half because all they need to do now is come up with a different story to hash out a fresh game. The more skilled creator can edit the sprites and data to make a wholesome new-looking game.

There are even those that use sprites and HUDs from other Pokemon games. You can have a Pokemon Emerald ROM hack, but it can incorporate sprites from Pokemon Diamond, which is a game from a different system.

Finally, these ROM hacks can be played on different emulators like My Boy, John GBA, Visual Boy Advance, mGBA, VBA-M, OpenEmu, and GBA4iOS. They can’t be played on their own because they are ROMs and not stand-alone games.

Yeah, that’s it! I hope this cleared out the misconception. Just remember, fan-made and rom hacks are two different things. In this post, you will find the list of popular fan made Pokemon games.

No doubt, the above list of games is amazing! There are plenty of them, but I listed only the best. Have you played any of these fan-made games? And did I explain the difference between fan made and rom hacks correctly? I would love to hear your comments.

On the other hand, if you know a good fan made Pokemon game that you think should be added to the listing above, leave your message in the comment form below. 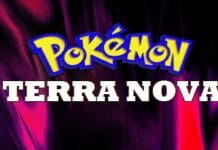 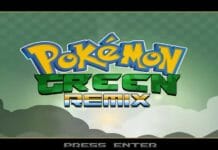 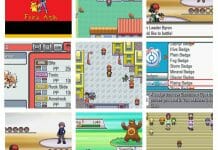 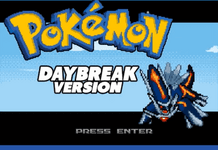 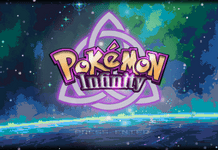 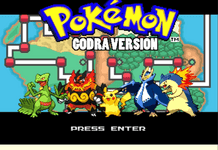 Hey, thanks for this informative list! I recently just played Pokémon Terra Nova– which is a completed fan game released dec.27th 2021! Over 880 original Pokémon(fakemon). I think should be added to the list! It also works on Joiplay!

Hi, thanks for sharing this with us. I just added the game to our to do list.

It loads and the music works on mine but the inside of all buildings are black except for the people.

For pokemon uranium you shiukd update the link the one online redirect to an old removed reddit post this one is the New dl link
https://www.reddit.com/r/pokemonuranium/comments/m9yvd6/download_links/?utm_medium=android_app&utm_source=share

Thanks for the heads up, I updated the link.

Hey, I was wondering if you could raise up the level of the ”pokemon” because I am having some TROUBLE with the rock type Gym leader Brock in radical red please!!!!

P.S The game is really good 🙂

Which Pokemon game are you referring?

I tried Pokemon Sage on Joiplay and it’s working perfectly, with some occasional graphic bugs and lag whenever I run(prolly cuz of my phone tho)

Thanks for sharing that information with us Sakusei. But could possibly be that the game is still not yet fully supported in Joiplay.

How to fix when i play a games on joiplay?
Dialogue when i start up
” mkxp
Error initializing SDL_sound: Already Initizialized “.

I have a problem when i play a rom on android Joiplay and open the cheat menu at cheat items then it will appeared
Script ‘(eval)’ line 321: NoMethod occured.
undefined method ‘[]’ for nil:NilClass if i press ok “IT WILL CRASH” could you help me?

Hi there, as far as I know, you can’t play rom files on joiplay. The emulator is created only for RPG Maker games like those games listed in this page. Another thing is that not all RPG maker xp games are compatible with Joiplay. These are the pokemon games that we believe working with Joiplay.

I think i understand what the problem i experience it when auhm playing Pokemon Villain Jam on JoiPlay i also open cheat then cheat items then it will appeared this error:
Script ‘(eval)’ line 321: NoMethod occured.
undefined method ‘[]’ for nil:NilClass if i press ok “IT WILL CRASH”understand? you can help me how to fix ?

The pokemon insurgence web offers various download links. Which one should I use?

Thanks for your feedback Harish.

I have played Pokemon sage and spectrum on Android. It works smoothly but stops after 15 minutes

Hey there Harish, thanks for visiting Pokemoncoders. So you’re using Joiplay to play those games on Android? Probably those games aren’t compatible yet with Joiplay. I heard Pokemon Fire Ash works well with Joiplay.

uhh
Pokemon Uranium the reddit page has been taken down

What do you mean? It’s still working well for me.

Hey there Cap, thanks for coming here. Unfortunately that isn’t new when a game turns too popular.

can i have rockman games

Where is Pokemon Wack? It has almost 4,000 pokemon, 49 types, and some truly crazy designs.

Thanks for letting us know about this game Jeremy. It’s definitely a good game and we highly recommend Pokemon Wack. I’ve just added it in the list.

is there any sword and shield ones made yet.

None for now. But hopefully in the future. In the meantime, I recommend trying any of the listed games above.

Thanks for the information Kai, but how reliable is the joiplay app? Have you tried it with other fan made games?

Thanks for letting us know about your findings Jason. I hope it’s okay with you if I add this information you just shared in the article above.

Can I play infinite fusion in android????

Is pokemon insurgence there? Its an amazing game.

Hey there Seth, yes Insurgence is 3rd in the list.

Hi
What pokemon games hacks and fan made can i play on a modded Nintendo ds?

You can’t play fan made pokemon games on DS, these are for Windows PC only. Though I haven’t tried playing DS rom hacks on a modded Nintendo DS console before, but I guess it’s worth checking some of our list of Pokemon DS ROM hacks.

Actually, you can now play fangames on android. I have Reborn fully working on mobile, using the latest Patreon builds of the Joiplay app and it’s RPGMaker plugin. 30 megabytes, no internet required, and depends on your phones RAM and Processor. Running an Essential-PH1 with almost nil lag, no battery drainage or overheating.

It is no longer a dream, people.

For sure? Never heard such information before. If you can give me a guide about it, I would appreciate it so much.

I think that you should also add Pokemon Dusk, because in this fan game

Interesting game, I will check on that.

I think that you should also add Pokemon FireAsh, because in this fan game, you can explore all the regions of the core series pokemon games.

Thanks for the suggestion, I already added the game.

I think all the games listed are awesome. But I think Pokemon Gaia should be added. I didn’t see it up there,

Hey there IoeMCA, Pokemon Gaia is a Pokemon GBA rom hack (you can find it listed in this page) and not a fan-made RPG Maker XP game that’s why you can’t find it listed here.

One problem, just one.
Where is Reborn? Just wondering why it’s not on this list, want to hear your opinion.

Hey Cameron, thanks for the heads up. Just checked Reborn and I can say that it is truly an amazing game. I added Pokemon Reborn in the list and if there’s more game you think worth to be added in the list, just post it here.

I never heard that game before, care to share its official source?

It would be awesome if someone could make the Pokemon Sun & Moon into a GBA platform and would base on Pokemon Emerald.

Hey Vash101, thanks for dropping your comment. Rom hack such as Ultra Shiny Gold Sigma has features almost similar to Sun & Moon, though that based on Emerald but I like this game.

Pokemon Moon emerald. exact gameplay as pokemon emerald but with sun and moon starters and pokemon