Brace yourself and prepare for a unique Pokemon gaming experience brought to you by our fellow Pokemon fans. Pokemon Infinite Fusion is a special fan-made Pokemon game that features fusing of Pokemons to create a new and distinct Pokemon species through DNA Splicers.

The game is based on pokemon.alexonsager.net Pokemon fusion generator. There are overall 22 801 and counting unique Pokemon sprites you can explore for fusion, the game also features fairy type and choosing a name for your new Pokemon is easy, just by accessing the menu.

In the latest version of the game, players can now use the Randomized mode and Wondertrade. There’s still more surprising features waiting for you to uncover, grab yourself a copy of Pokemon Infinite Fusion.

What’s the difference between the two versions (Red/Blue)?
Both versions are the same but in the Blue version, trainers use inverse fusions while the Red version is recommended for players who has the earlier version of Pokemon Infinite Fusion. 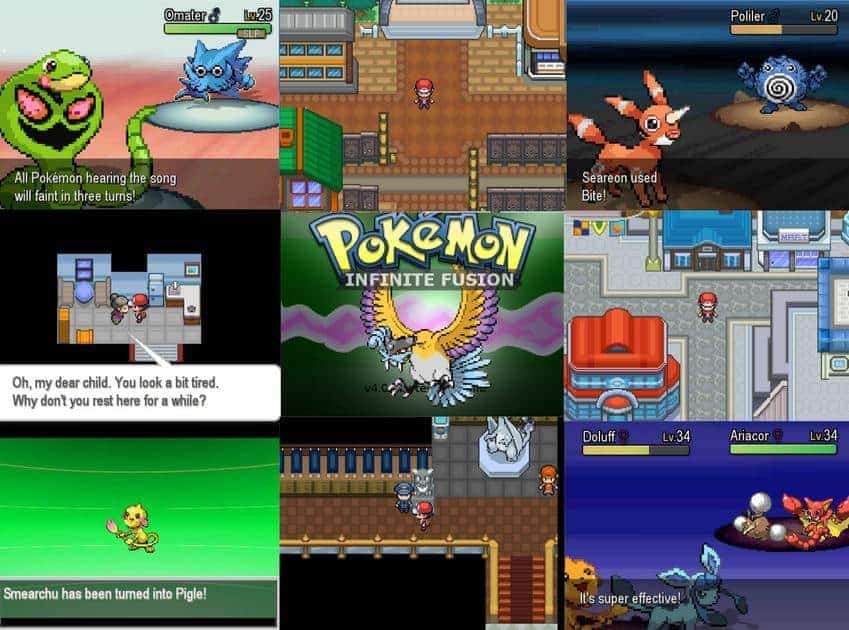 Did we missed to list your favorite FireRed rom hack? See our Pokemon FireRed ROM Hacks page and mention the game with some details.

Did we missed to list your favorite Emerald rom hack? See our Pokemon Emerald ROM Hacks page and mention the game with some details.