When it comes to Pokemon, they are usually categorized by Type. That’s part of the appeal of the games where you have to do some problem solving to make sure you have the Type advantages. However, there is also another classification for Pokemon and that would be the regular ones to the Legendary ones.

Legendary Pokemon have been around since Generation I, but did you know that higher than a Legendary is the Mythical Pokemon?

Mythical Pokemon in lore are only one of a kind, and they are very rare to see. They usually have this elaborate backstory and myth. In the games, Mythical Pokemon cannot be obtained through traditional means. The only way to obtain them is by participating in the events which could have ended a long time ago.

Difference Between Mythical and Legendary Pokemon

In the original Japanese versions of the Pokemon games, Legendary and Mythical Pokemon have always been stated as two different groups. However, until Generation IV, all Mythical Pokemon were considered as Legendary. It was only in Generation V where they given the distinction of Mythical. Then again, it isn’t like they specifically state in the games whether or not a Pokemon is Legendary or Mythical.

You just have to do your research in terms of which ones are classified as Mythical. There is one characteristic and that is Mythical Pokemon cannot be captured in their games through a storyline or random encounter. They are usually available during an event and once that event is over, you can’t get the Mythical Pokemon unless you use cheats or if they ever decide to hold events again.

Here is a list of the top 10 Mythical Pokemon that you wish you could get. We’re ranking mostly on how good they are, their lore, and pretty much what makes them special. This is also a subjective list so don’t take it as something that is purely correct.

We’ll start first with Deoxys because its status as a Mythical one is coming into question. That’s because it can be caught the traditional way in Omega Ruby and Alpha Sapphire. Regardless, Deoxys is still formidable and the fact that it has four different Formes can make it advantageous and excel in battle. It does start off with average stats like 50 and 150 but it reaches the 400 mark depending on the Forme it has. In the later games, Deoxys can change its Formes when needed.

Let’s follow it up with something cute which is Victini which is a Psychic and Fire-type Pokemon. Its lore isn’t that clear but the myth that Victini grants its trainer victory is pretty interesting. Its base stats all start from 100 and the highest it can go would be 328. The ability that it has Victory Star which has the ability to boost every Pokemon in the party’s Accuracy by 10%. That’s a very good team boosting ability even if you don’t want to use Victini in battle.

From one cute Pokemon to another, we have the very first Pokemon considered to be a Mythical level which is Mew. Mew is a Psychic-type and it looks like a small pink cat. Mew is so revered that the scientists from Kanto made experiments trying to recreate it which is where Mewtwo is the byproduct. In terms of in-game mechanics, Mew is the kind of Pokemon you want when you want to build it in different ways. The fact that it can learn all kinds of TMs, HMs, and moves allow it to very versatile and it has the stats to back it up.

Genesect is Bug and Steel-type Mythical Pokemon and it is the only one to hold the title of being the sole Bug-type Mythical at least for now. In terms of its lore, Genesect was revived from a Fossil by Team Plasma and much like Mewtwo, it was enhanced by human experiments. You could say that its metallic body and appearance makes it look like a robot capable of intense combat. It also has the ability to change its Type when equipped with a specific Drive.

Diancie is a Rock and Psychic-type Mythical which looks like a Pokemon covered in rocks and jewels or gemstones. On its own Diancie can be formidable with stats starting around 50 to 100 in terms of the offensive aspect. It is also capable of Mega Evolving allowing it to turn into Mega Diancie. It has a cool ability which is Magic Bounce in its Mega Evolve form. Magic Bounce reflects any move that inflicts status ailments and moves that reduce stats to the enemy Pokemon.

This little guy is a Grass-type in its Land Form but goes to Grass and Flying-type when it is in its Sky Forme. According to its lore, it moves from place to place depending on the season giving it a whiff of spring. In the gameplay aspect, Shaymin can be an offensive one or defensive support depending on its Forme. Land Forme’s ability is Natural Cure which removes and status from it when switching. Shaymin rounds off the half part of our Top 10 Mythical Pokemon list.

The name itself implies that Darkrai is a Dark-type Pokemon and also considered as one of the strongest Dark-types in the game. It looks like a large ghost but it has the capability to alter the look of its body but it doesn’t count as a Forme. It has the ability to enter people’s dreams and warp them into nightmares. In the gameplay aspect, Darkrai can hit like a truck with a lot of damaging Dark-type moves and an overall good stat balance.

Jirachi is a Steel and Psychic-type Pokemon and despite its size, it can hit and tank some damage. It is considered as the Pokemon that grants wishes. Its body looks like a star hence its title being a wishing star. It hibernates from time to time by wrapping its body with layers of crystals until it eventually awakens. Jirachi’s stats start off at an even 100 making it good for offense and defense. The Steel-type gives it nice resistances and defense and the Psychic-type gives it the power it needs.

Marshadow is a Fighting and Ghost-type and it looks like a little ghost boy as it body is wrapped with fog. It is able to hide in the shadows and can be violent when threatened. This little Pokemon packs quite a punch and that’s pretty much a majority of its moves which are a mixture of Fighting and Ghost attacks. While its base stats can be a bit of average, it goes higher every time it levels up. Plus, you can always teach it several moves to balance out its offensive power in our top 10 Mythical Pokemon list.

You probably saw this coming based on Arceus’ lore alone. It is considered as the god of all Pokemon. That alone gives it the title of strongest and most powerful Mythical and overall Pokemon. Then again, that’s based on the lore because in terms of gameplay, Arceus isn’t bad as well. It has a base stat of 120 for all its stats. Arceus also has the ability to change its Type from Normal to any as long as it is equipped with a specific Plate.

Who is the strongest Mythical Pokemon?

There really is no question and the answer is Arceus. The fact that it is the god of Pokemon instantly makes it the strongest of the bunch. In lore alone, it created every Pokemon as well as Legendary Pokemon like the Creation Trio Palka, Dialga, and Giratina. Don’t forget about the Weather Trio Groudon, Kyogre, and Rayquaza. In the games, it is just restrained due to the mechanics but Arceus is still impressive on its own being able to change to all Types.

Who is the weakest Mythical Pokemon?

The answer to this question is Phione. That’s because it is the initial form of Manaphy which is another Mythical Pokemon. In fact, Phione is considered as the baby form of Manaphy, and Manaphy on its own is an average Mythical. Phione is a simple Water-type and it’s base stats all start at 80. Unfortunately, the highest it can go at max level would be around 284 which makes it the weakest out of all the Mythical Pokemon.

Mythical Pokemon can be very interesting but the part where its hard to obtain them is the tricky part. You can use cheat codes if you really want to get at least a couple of them and see how strong they are in battle. You can even refer to our best Mythical Pokemon list to find out which ones you may want to get. 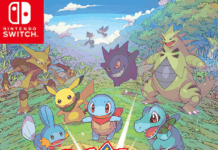 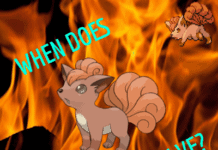 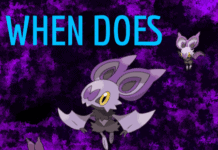 When Does Noibat Evolve And How to Use Noibat?

What Is a Pokemon Randomizer? 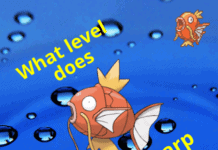 What Level Does Magikarp Evolve? 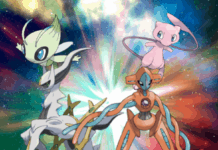 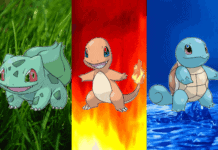 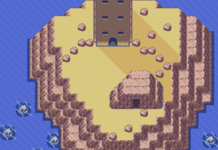 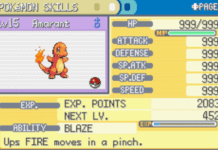