There are dozens of Game Boy Advance emulators out there that you can use to play your favorite Pokemon GBA game series. Whether you plan to play Pokemon on your computer or mobile device, there is an available emulator.

But the question is, does all of them work? I doubt it, but here is the list of best and recommended GBA emulators that I have tried personally and even recommended by most gamers.

Game Boy Advance Emulators started to work for Windows operating systems. Unfortunately, many of these GBA emulators are outdated, though still playable in most cases. Here are the GBA emulators for Windows users that we highly recommend.

There are plenty of cool GBA emulators for Mac OS users, and here are some of those;

GBA Emulation on mobile devices has become so much popular these days, and the hype still continues. Imagine holding a real Game Boy Advance gaming console with more advanced features. I recommended checking these best GBA emulators for Android, yet my personal favorite is listed below.

GBA4iOS – I tried this emulator, and I can say so far GBA4iOS is the best GBA emulator for iOS. Sadly there aren’t many GBA emulators for iOS. Though GBA4iOS sometimes becomes unstable, the majority of our readers recommend this.

Try one of the options from the list above if you’re seeking for the finest Game Boy Advance emulator to play your favorite Pokemon games. All of them have been tried and are perfect for the majority of players.

However, please feel free to let us know in the comments section below if you run into any issues with any of them. Don’t forget to let us know which emulator you prefer as well! 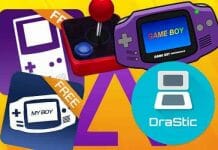 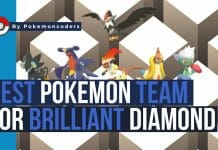 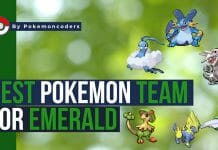 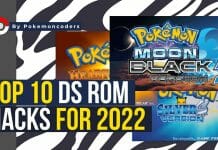 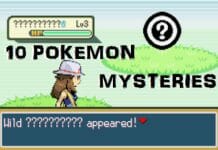 Hello, I tried booting up the ROM on the Visual Boy but when I boot it up, it says I don’t have the 1 mil installed? or something??

If you are referring to the “1m sub-circuit board is not installed” error, here’s our fix for that https://www.pokemoncoders.com/fix-1m-sub-circuit-board-not-installed-error/

You can find here https://www.pokemoncoders.com/pokemon-ruby-cheats/ our collection of Pokemon Ruby cheats, including the walk through walls.

I got bugged by John’s emulator when I put the codes for I got stuck on a purple screen, what did it do?

Try switching to MyBoy, it works best when used with cheats

I don’t know why this happens but I have downloaded several games and it won’t let me use them on my boy. Is it because I have the free version? (My old boy). Help me please. I get that there is no appropriate file in that folder. I’m sure I’ve downloaded the correct version and at least 6 more.

If I understand it correctly, you are trying to run GBA games on My Old Boy? That’s not possible. My Old Boy is only for GB and GBC games. You need My Boy or John GBA to play GBA games.

In Pokémon Emerald there’re 7 legendaries you can catch however in the emulator you can’t. Is that due to copyright or do you have to catch them in order for the locations to spawn?

I’m not quite sure where did get that info mate, which emulator are you referring?

I’m using the NO$GBA emulator and it’s the best emulator for GBA ROMs. Easy to instal, good graphic, sound and you can play your games in full screen. If you are beginners in this kind of thing I recommend the MGBA Emulator, that emulator is good too.

Thanks for the input Murko, indeed these are good emulators and I recommend the as well.

If your Chromebook supports android apps, then I guess you can install My Boy.

How can I download Pokemon ruby for My Boy!, because I want to do a Nuzlocke on it but I can’t figure it out my brother told me just buy a Game boy Advance and Pokemon Ruby with it but I told him that Game boys are $40 or more and it’s hard to find a Pokemon Ruby cartridge nowadays, so please tell me how I can download it.

Hi there, Ivan, sorry but we don’t share rom files here, including for Pokemon Ruby, it’s a piracy thing. I so much understand that playing the game in Nuzlocke is an extremely fun experience, but sharing rom files is illegal.

how do i use gameshark on the squirrels rom? i use retroarch

Hello Dan, I’m not a retroarch user so I can’t give further information for your emulator. When using cheats, most gamers recommend using My Boy for Android or VBA for Windows as these are the most reliable GBA emulators that works best with cheats.

I’ve tried both the emulators for Android… At first they worked just fine. But suddenly both of them stopped working. I wonder why is that so and what can I do to play Fire Red without any disturbance.

You mean MyBoy? It’s the best GBA emulator for Android so far. Maybe it’s not the emulator causing the problem and I would suspect it’s the rom you have.

I’ve put these codes into the my boy emulator for the android phones and cant get them to work. I was wondering if I was doing it wrong or maybe there’s an issue with the rom I got

Most likely it’s because of your ROM version, but this guy on reddit shares the appropriate FireRed rom that you may want to check.

Hello,
Maybe I’m doing it wrong, but I can’t get a masterball code to work for MyBoy on Android in Sapphire v1.1

Hey bro, thanks for coming here. Unfortunately majority of cheats works only for V1.0 and may not work for V1.1. You need to find a 1.0 version of sapphire, regarding that rom version, sorry we don’t share rom files here.