PokemonCoders
Home How To How To Play ROM Hacks on Android

The Android OS is the most favorite platform for playing ROM hacks, and in fact, on our Youtube channel 70% of our visitors are Android users. Now, if you are new to GBA ROM hacking and wondering how to play ROM hacks on Android this tutorial is for you. But first, please note that we don’t share any original GBA ROMs as we are not permitted to share it everywhere, you can find it online anyways just do a simple google search.

When you want to play hacked ROM on your Android device, then you need to have the right GBA emulator for the task at hand. You can find a lot of them on the Google Playstore and you don’t even need to pay for some of them. Just remember to have a GBA emulator and GBA patcher app to get you started.

When you download Android apps for playing ROM hacks, you can find them in the Google Playstore. You can download them for free, but to fully enjoy the features, you need to pay. Paying is ideal when you want to enjoy the full features of the emulator or app. You can pay to get the features that you need, and it helps the developers of the app improve its functionality and possibly make more apps later on. 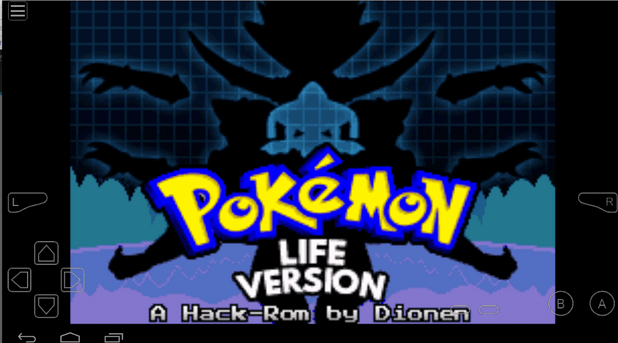 One of the best apps out there for playing GBA Pokemon games and ROM hacks would be My Boy. This app is one of the best out there because it is easy to use and not to mention that it is safe. You can download the free version, but the paid version can be so much better. It gives you a chance to think about whether or not if you want to pay to use the app as intended. There is even a tutorial video (How To Play Pokemon ROM Hacks on Android) that we have regarding how you can play and use these apps.

If there’s a ROM patcher for Windows OS and Mac OS, Android has it too. ROM Patcher(Currently not available) is a free android app that supports dozen of patching types such as IPS, IPS32, UPS, BPS, PPF, XDELTA1, XDELTA3, DPS, ASM, XPC, DLDI and APS. Using ROM Patcher, can be ideal to patch any IPS/UPS GBA ROM Hack file to make it work on your GBA Emulator. Patching a GBA ROM Hack with this app is pretty self-explanatory and easy. 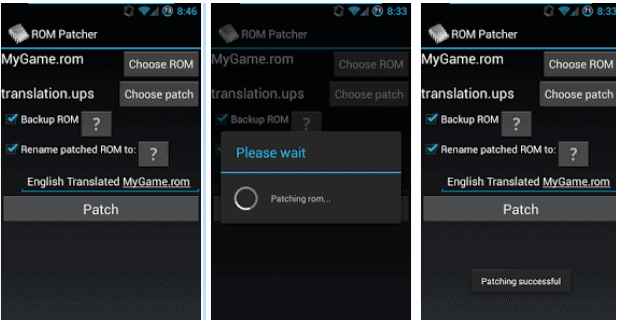 John GBA doesn’t have ROM patching feature, unlike My Boy, but it works with patched GBA ROM’s. If you are using this emulator, you can use a ROM Patcher app to patch any IPS/UPS file and play it in your John GBA emulator. John GBA comes with free and paid apps, to enjoy zero ads and full features, purchasing this app is highly recommended.

Summary
There are lots of apps out there that works the same as the above mentioned but My Boy, ROM Patcher and John GBA are a good combination to play hacked GBA ROMS. Try it now and if you have questions, drop your message to any of my Youtube videos in my Youtube Channel.

When I load up the game and get the hit start screen, it just loads a white screen. I can hit L and R to bring up the help but that’s it. Has anyone gotten around this problem?

bro there is no free version of my boy only the paid version
also is john GBA emulator good?

Hi, yes John GBA emulator is a good alternative GBA emulator for My Boy paid version. Yes, it looks like they removed the free version of My Boy.

I got this trick from a commenter here and took several months before I decide to create a tutorial out of this information. But there must be another reason why they removed the free version.

Yes from personal experience it works out just fine

im pretty sure its called “my old boy free”

I downloaded the rom, and the patch, changed all the names like the emerald.zip into a emerald.gba then changed the hack from hack.zip to hack.ips in my file manager. I’m on myboy and it’s set to auto patch and my emulator just opens a normal emerald game without the patch. Help pls

I tried the room patcher and I get an error saying “Ips: file opening error”

Yea im having the same problem as you

Red is stronger than ash and this version are great

Downloaded and patched. Run the new rom and I just get a blue frozen screen if I use the Ignore Checksum Errors option. However If i don’t use it, it won’t patch the rom at all because of the error listed in the patcher.

This patcher must be useless now and need an update.

If you are talking about the ROM Patcher app, then yes, it is maybe outdated and needs some more improvement. Try using My Boy app, but In my experience sometimes it won’t work, if that happens to you I would suggest switching to your PC and patch the game using Lunar IPS patcher.

Can someone tell me step by step how to do this??? I’m confused. I downloaded emerald, downloaded the patch and the ROM patcher but I can’t patch the files.

You should download the original rom and the patch filrle. Then patch it by ROM Patcher.

0
Reply
Me
Reply to  Anonymous

How to do this for iOS?

Downloaded this hack, couldn’t find it in my boy. Downloaded emerald tried to patch with the mentioned Rom patcher there was an error because the file was zipped. I unzipped the emerald Rom and still can’t patch this thing. Anyone can help me play the Rom hack?